Unity have announced that as of Unity 2017.3 Unity Editor and Player will no longer support the Direct X 9 renderer.  Why you may ask?  Unity have posted a blog explaining this:

Due to diminishing hardware numbers and the loss of platform support from Microsoft, we have come to the conclusion that continued support of the DirectX 9 API is no longer feasible and is working against us when it comes to developing new features in Unity. It has become increasingly difficult to support and maintain feature parity across several DirectX API versions (9, 11, and 12).

With the rise of new graphics APIs, we feel that Unity continues to have excellent coverage of the hardware and API choices available now and in the future.

What does this mean in practical terms?  Once Unity 2017.3 is released, that version and future version will no longer be able to target Window XP machines.  This is becoming increasingly less of an issue, but there are still a number of users working on Window XP.  Here are the current OS breakdown for Windows users according to the most recent Steam Device survey. 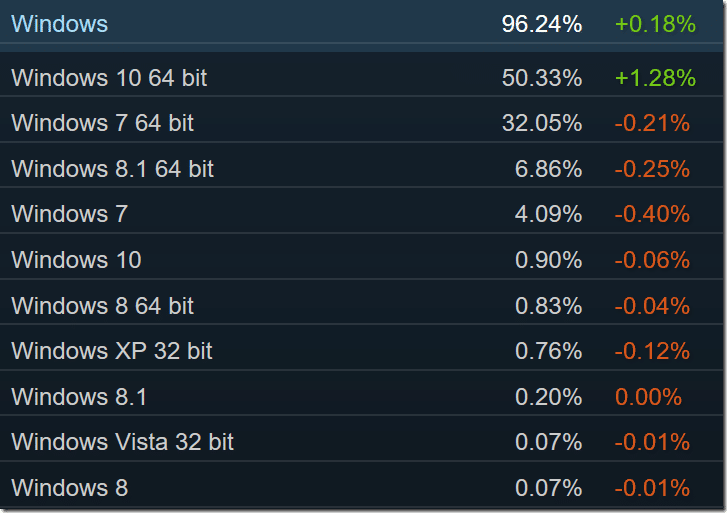 At this point we are talking > 1% of the PC market.  All told, a fairly reasonable cut-off in my opinion.  Even with Direct X 9 support going away, Windows XP machines can still be supported via the OpenGL renderer.