Today at the Unite Europe, Unity announced some pretty substantial pricing changes.  Let’s start off by looking at the existing price structure: 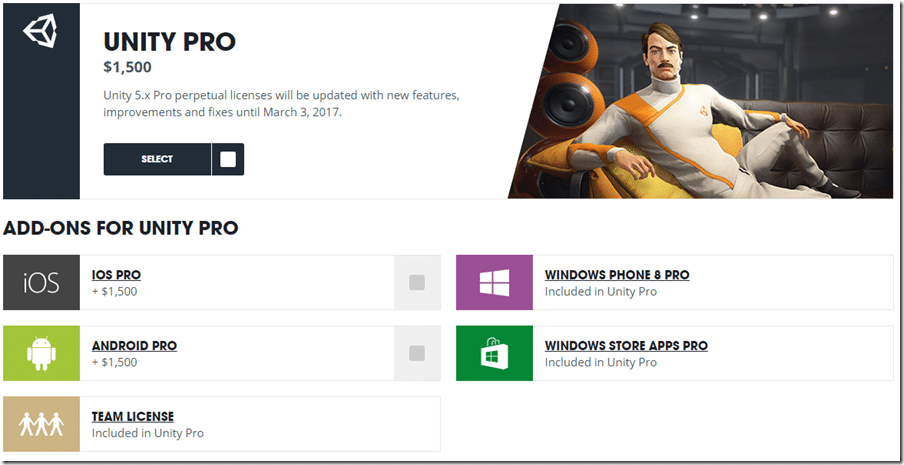 The Personal tier is mostly unchanged, but they have created a new tier called Plus.  This tier has the same limitations as Personal ( $100K revenue + splash ), but gives access to the cloud features from Pro and a couple other perks such as Unity Store assets.  The Pro tier is where the massive changes have occurred.  It is now a flat rate $125/month, regardless to platforms.  This means if you were only making desktop or HTML games before, Unity just almost doubled in price today.  If on the other hand, you were using Unity for iOS and Android development, you are now paying $100 a month less.

The big negative in this entire announcement?  Well…

Basically the ability to buy Unity outright is going away very soon.  You can read more about the announcement here.

I also put together a video covering the subject in more detail available here or embedded below.