Following on the heels of Google GDC reveal of the Stadia platform, both Unreal and Unity Technologies have announced their support for Stadia game development.  Stadia is a new server side platform for hosting and streaming games to any Chrome supported device.  Below are details from both game engine manufacturer. 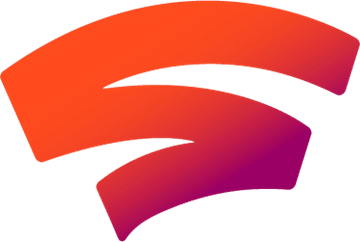 First the Unreal Engine announcement from their blog:

“We’ve been building our support for Stadia to ensure that developers using Unreal Engine can hit the ground running and be successful on the platform,” said Arciel Rekman, Senior Platform Engineer at Epic Games. “Today we’re releasing a fully-featured integration with Stadia to help developers bring their games to an even broader spectrum of players.”

Designed with cross-platform support in mind, Unreal Engine leverages Stadia features through familiar interfaces, resulting in an easy setup, with visual quality and workflows that are consistent across all target devices.

Thanks to Unreal Engine’s cross-platform capabilities, developers can iterate on their game code locally on their Windows PC for Stadia, a Linux and Vulkan-based platform, before deploying to the cloud.

While Unity announced the following:

One of our core missions is democratizing game development. That means enabling developers to build for the platforms of their choice with accessible tools and workflows that make the process of creating easier.

Though we still have technical and engineering work ahead to ensure Unity developers have a smooth experience building for Stadia, here’s what our community needs to know.

What can I expect in building Unity games for Stadia?

Developers familiar with Unity today can expect recognizable tools and a very similar development process when building for Stadia.

What unique Stadia or Google features will be supported by Unity?

We expect to support all native features unique to Stadia that are required to publish your game and make use of platform capabilities. Stay tuned for more details on feature support later this year.

With either platform, before you can start developing for Stadia you need to be a registered Stadia developer, you can apply here.   You need to have a Employer Tax ID if American, and an email with a custom domain address (ie, not Hotmail or Gmail).  Once registered with Stadia, you can then confirm your credentials with Unreal here, while Unity developers have no additional steps to perform.  The Unity Stadia SDK is expected to ship toward the end of 2019.