After several weeks of preview released, Unreal Engine 4.12 is finally here.  Hands down the biggest new feature is the Sequencer.

Sequencer combines the power of a non-linear editor with 3D animation editing to allow you to produce in-game cinematics as well as a sequence of shots for film, television, and previsualization.

This is pretty impressive, they have basically built an entire non-linear editor (NLE) into Unreal Engine, enabling you to make cut scenes by layering several different scene elements in sequence.  If you’ve used a traditional NLE like After Effects or even Blender, you should have a pretty good idea what’s available here. 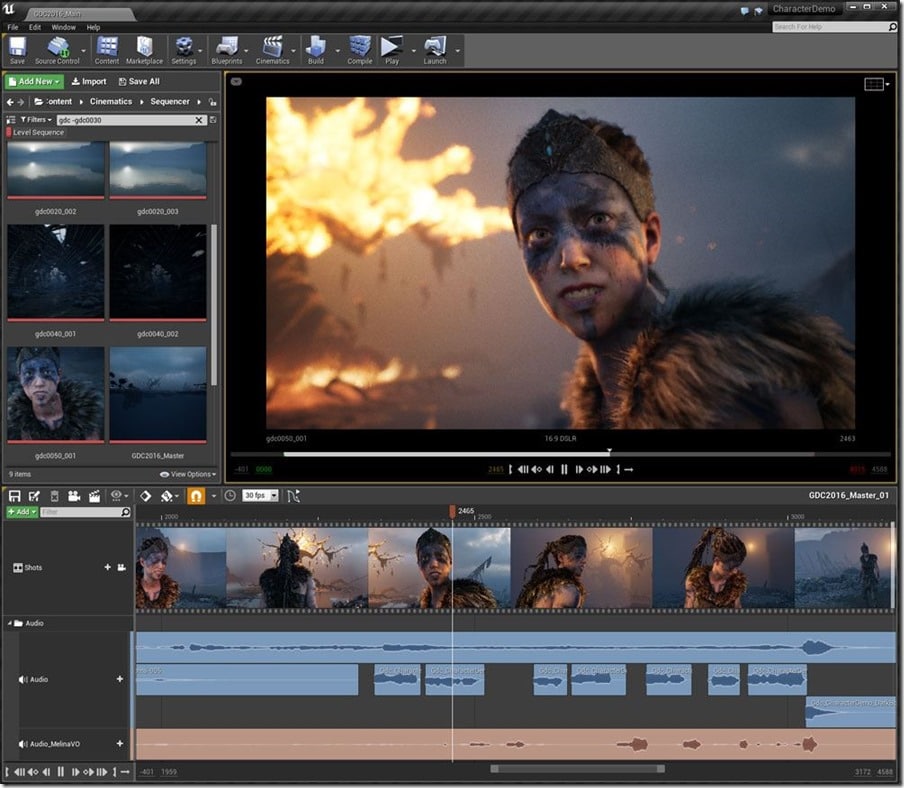 Of course the sequencer isn’t the only new feature in this release.  This release also brings the first preview of VR Editor.

This is a forward-looking feature that allows you to freely navigate your worlds in VR using motion controllers. You can select and move actors, place new objects and even access the editor’s UI, all while immersed in VR. This feature currently requires either an HTC Vive or Oculus Touch development hardware. To try it out, simply turn on “Enable VR Editing” in the Experimental section of your Editor Preferences.

On the VR front, this release also adds support for both OpenVR and support for the newly announced DayDream VR standard from Google.  Another extremely interesting part of this release is the ability to cook blueprints to C++.  This is a preview only feature at this point, but could result in a sizable speed improvement for people programming using Blueprints.

Another major feature of this release is the Full Scene Importer.  This will enable you to take import an entire level created in Max, Maya or Blender and import it into Unreal Engine in on step.

These features are still just scratching the surface of this release.  From the complete release notes: