Epic have just released the first preview version of Unreal Engine 4.19, Preview 1.  Of course this is a preview release and is certainly not meant for use in a production 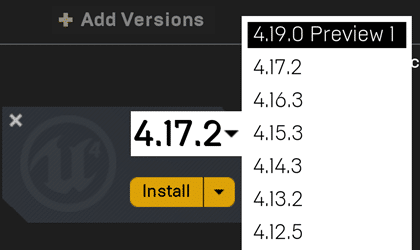 Full details of the release from the Unreal forums: