Epic have officially launched the first preview of the upcoming Unreal Engine 4.20.  Of course this is Unreal Engine so you can expect a swath of graphical improvements, but there are several other new features as well.  On of the key features of this release is Beta 1 of Niagra, their next generation programmable particle FX system.  There are multiple new 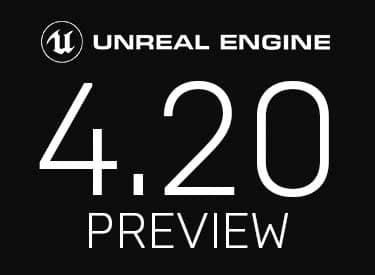 From the Epic blog announcement:

Included in Preview 1 are improvements to the proxy LOD tool, as highlighted in the May 17th livestream, many mobile improvements and optimizations we’ve made for Fortnite on iOS and Android, and early access to mixed reality capture. Niagara will be rolling out in early access, and you’ll also see a number of our GDC features, including the new cinematic depth of field and improved rendering features for digital humans at your disposal.

You can learn a great deal more about the specifics of this release on the Unreal forums, or watching the video below.  One of the major features in this release, Niagara, was heavily featured in this GDC talk, if you like me cannot get it to run but want to learn more.  As always this update is available in the Epic game launcher.  Also be forewarned, this is a preview release so don’t even think about using it in production!