I just received the following email from Unreal:

Check out the new World Composition tools, spline features, and the preview of Paper2D, our 2D toolset! You also get SpeedTree 7 support, our work on Metal API for iOS 8 to date, and new Oculus Rift features such as time warping.

There’s no limit to what you can do with Unreal Engine 4 for only $19 per month. 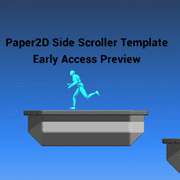 Have fun with the new side-scroller template game as you become acquainted with Paper2D. 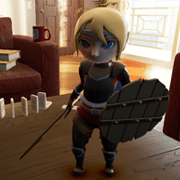 We love VR, and Unreal Engine 4.3 supports the new Oculus DK2 out of the box! Dive into Epic’s popular “Couch Knights” demo which has been making the rounds at GDC and other shows.

Better AI tools! Switch to the new Blackboard mode inside the Behavior Tree Editor to edit and debug Blackboard entries.

Edit splines directly within your levels!

Get Unreal for $19/Month 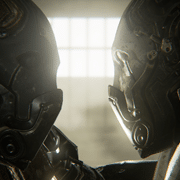 Google recently demonstrated the graphics power of L, the upcoming release of Android, using Epic’s Rivalry demo running on Tegra K1 at Google I/O. Mobile is a huge focus for UE4, and we hope you’ll enjoy all the latest improvements!

The UE4 Roadmap continues to evolve, and we encourage you to vote for features that want to use.

To ask questions and share feedback, please visit the forums or join our live broadcasts at Twitch.tv every Thursday at 2pm ET, which you can always go back and view atYouTube.com.

Hats off to the developers who contributed to this great release! These who helped are forever immortalized in the Credits section under the editor’s Help menu.

Thank you for being a part of this adventure. We can’t wait to see what you build next.

We are one step closer to Paper2D support, which is their support for 2D engines. Occulus Rift support is no doubt cool for those developing for the Rift. Not quite as impressive as the last release, but still a good amount of progress from Unreal.