Just recently at MechCon 2016, Piranha Games ( MechWarrior Online ) announced they were developing MechWarrior 5: Mercenaries as a single player game.  Why is this of interest to GameFromScratch.com readers?  There are two reasons, one big one extremely small.  First is Piranha’s decision to make the game using Unreal Engine.  This is interesting due to the fact that the studio’s previous title MechWarrior 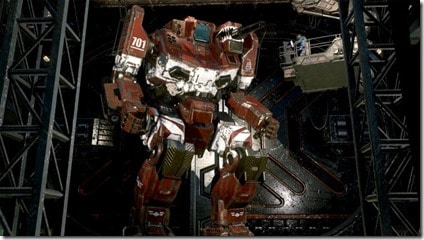 Online was developed using CryEngine.  In fact it may have been one of the highest profile non-Crytek CryEngine titles that actually shipped ( sorry Star Citizen… ).  No doubt MW5 will re-use a number of assets from MWO and could have benefited from a great deal of the existing code, so the decision to change engines couldn’t have been made lightly.  This is a pretty nice win for Unreal Engine and has to sting a bit for Crytek.  Lead programmer Brian Windover gave the following answer on why they chose Unreal Engine:

“While deciding on a technology base for MechWarrior 5: Mercenaries it quickly became clear that Unreal Engine 4 would really hit all the notes for us,” said Lead Programmer Brian Windover. “When we were able to take our past experience developing a MechWarrior title and bring it to life in Unreal Engine 4 so quickly, and with such a high degree of visual fidelity, we had the immediate confidence that it was the clear engine of choice for MechWarrior 5: Mercenaries.”

“Unreal Engine 4’s increasingly versatile Blueprint system enables our designers to quickly prototype their ideas and craft the foundations of an outstanding single-player campaign. Its core technology, intuitive AI framework, and native VR support enables our engineers to introduce truly next-gen features with great ease and reliability. On the artistic side, Unreal Engine 4 is stunning, but it’s also extremely adaptable. It empowers our artists to really push our visuals to the edge, both in detail and scope, while still maintaining excellent performance.”

So, what’s the second reason?  The previous game, Mechwarrior 4:Mercenaries is easily in my top 5 games of all times list.  I also enjoyed MW:O, especially once their terrible publisher was removed from the equation, so I feel the title is in good hands.  Basically I’m just giddy this title was announced and I really look forward to seeing it happen.  The following early alpha video was shown along side the announcement: