Unreal have just released a new complete game + tutorial Match 3 Game for Unreal 4.10.  It is currently available for download in the learn section of the Epic Game Launcher. 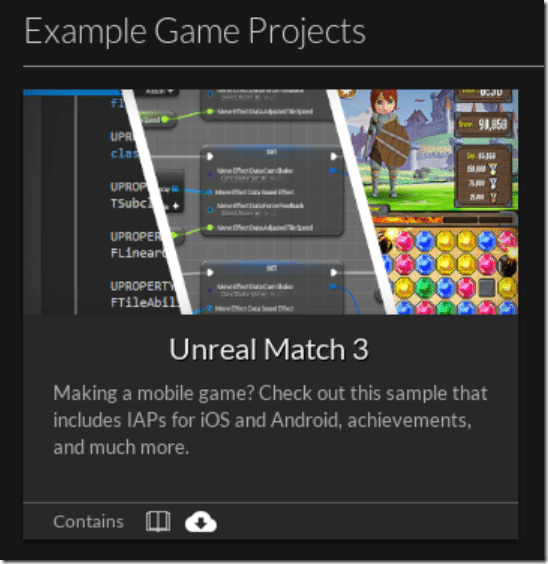 This is actually a pretty impressive example project as it illustrates: