Vectary is an online 3D application we covered late last year.  Since that video, Vectary 3.0 has been released with several UI changes, new features and massive changes to their subscription model.  The primary new features of Vectary 3.0 include:

You can read more about the new features in the Vectary blog.  Perhaps the biggest change to Vectary is the new subscriptions, which are both more limited in the free form and vastly cheaper for the Premium plan.  Details of the new subscription tiers: 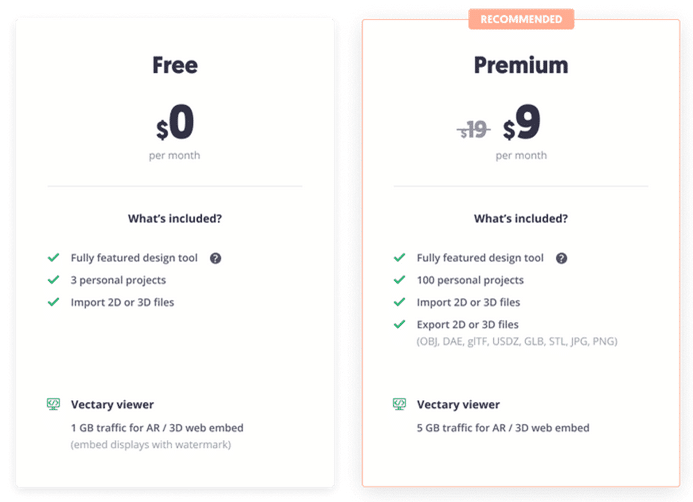