Wave Engine is a cross platform C# powered 2D/3D game engine I previously featured in the Closer Look Series.  Today they announced the released of version 2.3.0 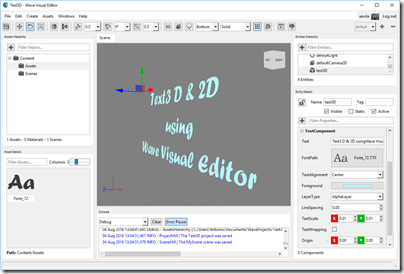 You can read a great deal more about this release and each particular component in the release notes here.