So I recently did a complete nuke of my primary daily use Android phone, it’s just one of those things you have to do over time as it gets slower, hotter and your battery life gets worse.  However, the next time I went to debug on Android, ADB couldn’t find it.

This is nothing new of course, on Windows you need to do a bit of a device driver dance sometime to get your phone to work with ADB.  This time however it was different.

Plugged in my device, waited a few seconds and:

Ok, lets Update the driver and point to the Google driver… 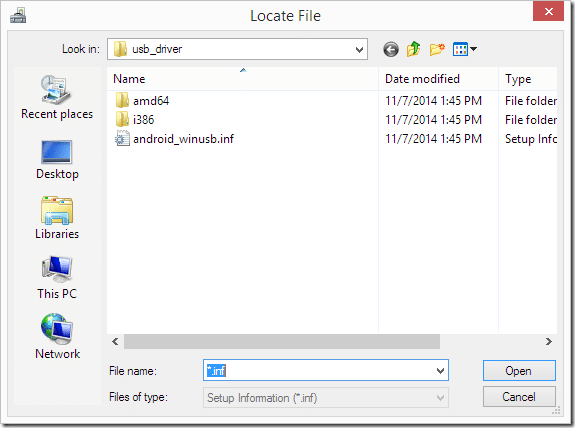 Well sh…. er, that didn’t work.  Well it previously worked, maybe I have an old driver kicking around that needs to be purged.  I download the utility USBDeview from here. 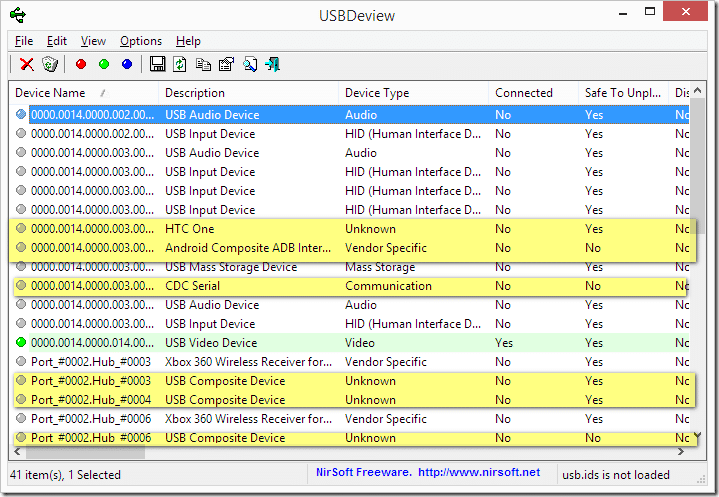 I certainly have some old or questionable drivers kicking around.  I am going to clean house in that regard, the nice thing about USB is you can just install the driver again next time you plug the device in, so very little risk here.  Purged the old drivers, scan for hardware changes… nothing.

Hmmmm…  Google indicates it might be a Windows 8.1 problem due to a driver change they made…

Ok, over to my MacBook, let’s see what happens.

Ok, this is weird.  Let me try a different USB cable.

Hmmmm…  I’m basically getting the Mac equivalent of a blue screen of death each time I even plug this device in.  Let’s try a different port…

Hmmmm, this is confusing as hell.  Doesn���t find the device on Windows 8.1 at all, even worse Crashes if I plug in to the right port of my MacBook Air, it “works” if I plug it into the Left USB port, but for charging only.  The device simply isn’t found.

So, at this point I borrow my wife’s identical HTC One phone and plug it in… HTC Manager works, either port, adb devices shows the device.

At this point I can only assume something is wrong with my device…  perhaps the connector is broken, but then I can’t explain why it charges successfully, but data doesn’t work.  Generally that is a cable or driver situation, but when I can get an identical phone to work and detect just fine, I am absolutely puzzled at this point.  The two phones have exactly the same versions… I just did a fresh factory install so I am frankly at wits end.

If any of you have experienced this before or have ideas, please let me know!  Otherwise I think I’m going to be on the market for a new phone soon.