In doing some link checking for a review I am working on, I started noticing that there are some pretty major sales going on… that whole Black Friday thing.  To non-Americans, Black Friday is a tricky thing to explain.  It’s name is routed in this Friday representing the day retailors traditionally went “Into the black” meaning they started turning a profit on the year.  To celebrate, there is an uber deal day around the world.  Traditionally ( and I am talking like 5 years worth of tradition here… ) online deals are on Cyber Monday, the upcoming Monday after Black Friday, but it appears some e-tailors ( did I really just say that! ) started early.

The roundup of great game related deals I have seen so far!

I love Corel Painter, its great for replecating the analog art experience and I use the freebie version that shipped with my tablet all the time.  That said, 250$ is still a bit steep for my liking.  If you are looking for a natural media art package though, this is probably the best one.

PaintShop Pro and Corel draw are both on sale too, but frankly PSP used to be a nice cheap alternative to Photoshop, but since Corel purchased it, it has been more aligned as a photo touch up package.  That said, 30$ is 30$.  Corel Draw, and app I just can’t get into is 350$ down from 500$.  Again, personally not a giant fan.

Adobe has most products at 30% off too!

Sadly no deals at Autodesk ( Max, Maya, Softimage, Luxology ( Modo ), Maxon ( Cinema4d), Pixologic ( zBrush ) NewTek ( Lightwave ), so if you were in the market for a 3D app, no deals as of yet

That said, Amazon does have Poser 9 on sale for 59.99$, which is 140$ off.  For those not familiar, Poser is a bit of a weird one, but remarkably capable.  You can make, animated, “dress”, pose 3D characters in a pretty much drag and drop environment.  Sadly Collada support is a pro only feature.

It’s still a very cool program at a very decent price, I wonder if there is still support for older exports like OBJ or 3DS?  Need to look into that more.

Speaking of Poser, while looking at their publishers website SmithMicro, to see if it supported Collada I discovered this:

60% OFF BLACK FRIDAY SALE
It’s that time of year again and we’re offering deep discounts—60% off most software in our online store*—from now until November 30th.
Use coupon code: BLACKFRIDAY2011
*One coupon use per customer. Not valid with any other offers or discounts. Not valid on trials or upgrades. Not valid for SendStuffNow subscriptions. Sale ends 11/30/2011 at 11:59pm PST.

So, any single product 60% off?  They don’t make a ton of products relevent to game developers, but there are a few standouts ( in addition to Poser and Poser Pro ):

Manga Studio EX In case you call your Anime Manga I suppose… frankly I don’t know the difference, but its 299$ so with coupon that would be @ 120$.

That is about all I found that might be relevant, but you can see the whole list here.

Amazon has Roxio Game Capture on for 65$.  Seems a little niche to me, but if you want to record or screenshot 360 or PS3 footage, this is your ticket.

Doesn’t really count as a programmer item, other than the fact this was they “cool kids toy” for

recruiting programmers to come work at your company a few years back.  The Aeron Chair.  Remember those?  Well now is your chance, marked down from 1200$ to 736$.  Ok 3/4 a grand for a chair is a bit excessive, but I have heard nothing but gushing reviews about these things.  That said, I’m not really in a position to drop that kind of money on a chair, but if you are, well the price is (relatively) right!

Last but certainly not least…  the ThinkGeek plush zombie!  What self respecting developer doesn’t have a plush zombie??  Actually, Think Geek has a ton of geek stuff on sale. 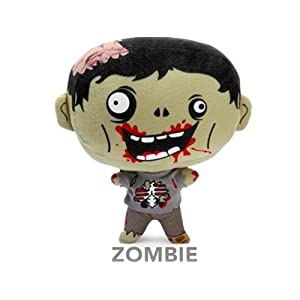 Actually, going through that list again, it looks more like a great day for artists… programmers kinda got the short end of the stick!