Microsoft recently acquired Xamarin, the company that makes it possible to port .NET applications to Android and iOS devices.  Ever since that announcement I have been waiting for Microsoft to announce that Xamarin was going to be made free.  That just happened: 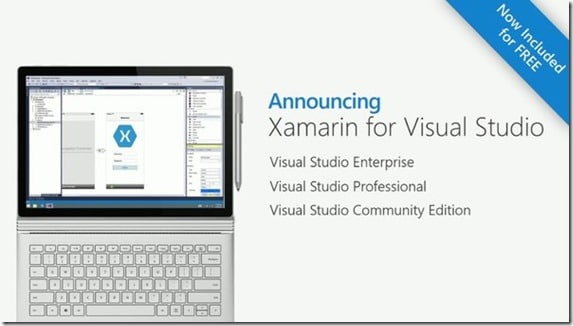 This includes all tiers, including the free tier.  Xamarin Studio for the Mac will also be available as part of MSDN, as well as a free Mac based Xamarin Studio.

On top of this announcement, the Xamarin platform is going open source.  This now makes the entire .NET framework open source and completely cross platform.   More details as I find them.

As you can see from the pricing above, some features in Professional and Enterprise will still have a price tag attached.  They are mostly enterprise focused features and should not affect game developers.

Microsoft announced that the Xamarin open source release would be part of the .NET Foundation along side such projects as Roslyn and Xamarin.Auth.  Given that both projects are currently released under the Apache V2 license, it’s a good bet that the entire Xamarin package will be as well.

EDIT – It appears my guess about the license may be wrong.  According to this post ( thanks Mario ), Xamarin have relicensed Mono to use the MIT license:

At Microsoft Build today, we announced that we are re-releasing Mono under the MIT license and have contributed it to the .NET Foundation. These are major news for Mono developers and contributors, and I am incredibly excited about the opportunities that this will create for the Mono project, and for other projects that will be able to benefit from this.

While Mono’s class libraries have always been available under the MIT license, the Mono runtime was dual-licensed. Most developers could run their apps on Windows, Linux or Mac OS X on the LGPL version of the runtime, but we also offered Mono’s runtime under commercial terms for scenarios where the LGPL was not suitable.

Moving the Mono runtime to the MIT license removes barriers to the adoption of C# and .NET in a large number of scenarios, embedded applications, including embedding Mono as a scripting engine in game engines or other applications.

Mono is the underlying cross platform implementation of the .NET runtime that Xamarin is built over top of.  Of course this doesn’t mean that the Xamarin suite itself is going to be MIT as well.  Regardless, both the MIT license and Apache license are incredibly permissive, so it shouldn’t be a big deal either way.

For those that prefer their news in video form, here it is: