Xamarin, the makers of Xamarin Studio, a cross platform .NET development kit ( and the underpinnings of Unity and PlayStation Mobile) announced the release of CocosSharp. In a nutshell, CocosSharp is:

This project is a fork of the Cocos2D-XNA project, which is a port of the C++-based Cocos2D-X API, which in turn is a cross-platform port of the cocos2d-iphone project.

The focus of this fork is to create a library that is idiomatically correct for C# and remove many of the historical warts inherited from the straight ports from C++ and Objective-C.

So basically it’s a C# port of Cocos2D-X ( built using Monogame ) which is a C++ port of a popular iOS library Cocos2D which was written in Objective C… Which it self was a port of a Python library! Clear as mud?

What is kind of nice about this release is, it fully supports Visual Studio, so even if you don’t use Xamarin, you can still work in CocosSharp. The following details come from the Xamarin blog:

Today we are introducing CocosSharp a cross-platform library for building 2D games.

CocosSharp blends the power of the Cocos2D programming model with C# and the .NET Framework. Developers familiar with Cocos2D will feel right at home with CocosSharp, as the API has been designed to follow C# and .NET idioms.

We wanted to make CocosSharp easy to adopt in your application, so we created NuGet packages that are available both on Visual Studio and Xamarin Studio. Our NuGet packages come with Portable Class Libraries, allowing developers to build portable class library components on top of it, or build their game logic in a portable class library and reuse the code across all platforms, including iOS, Android, Mac, Windows Desktop, Windows Store and Windows Phone.

To get you started, we have provided many sample programs; in particular, check out Angry Ninjas: 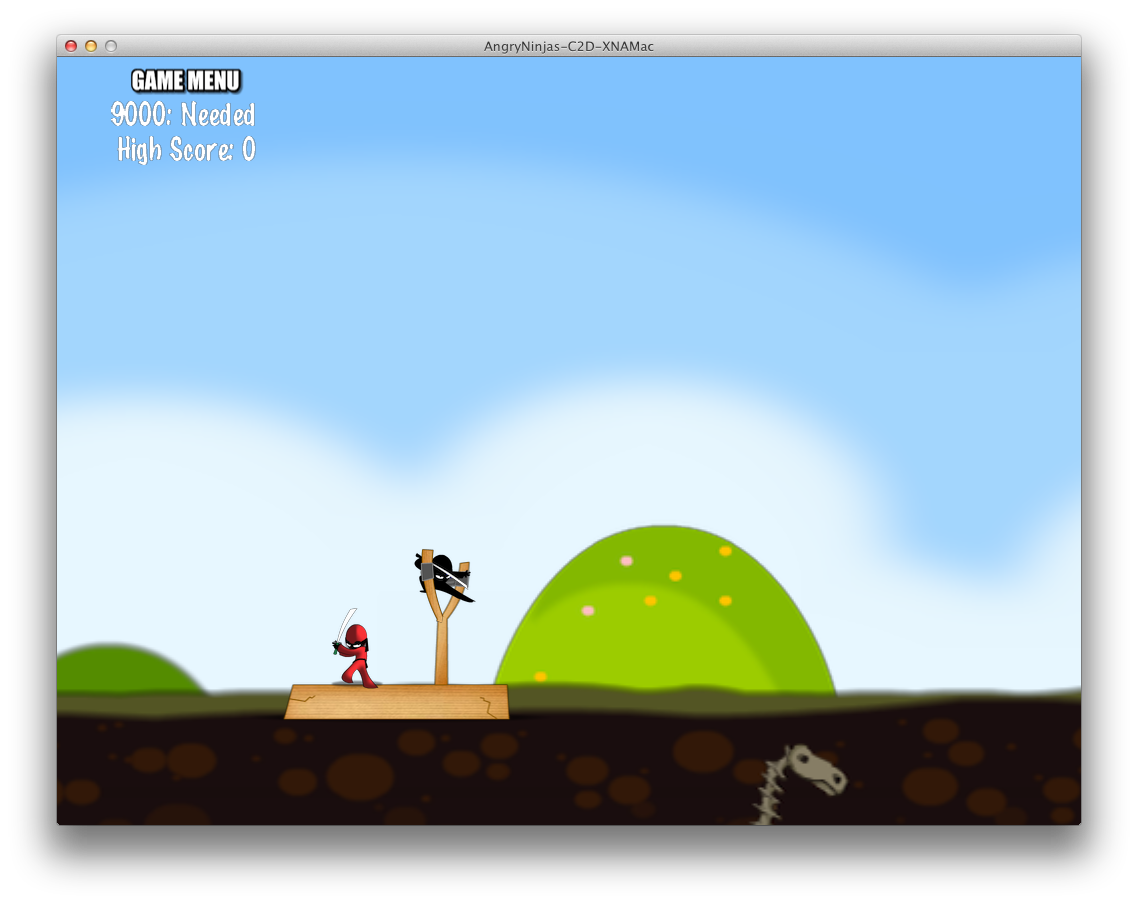 CocosSharp is an open source library and is built on top of the MonoGame engine and the fine work from the Cocos2D, Cocos2D-x and Cocos2D-XNA communities. We took those efforts and improved upon them.

CocosSharp is available in all Xamarin Subscriptions, including our Xamarin Indie plan. Sign up for Xamarin Indie in August to take advantage of our $25 month-to-month pricing experiment, and start building games with Xamarin and CocosSharp today.

CocosSharp is available on Github.