The open source MIT licensed game engine Xenko just released version 3.1.  We have featured Xenko several times in the past including this somewhat outdated tutorial series.  The 3.1 release is somewhat difficult to nail down what is new, as the release blog post primarily focuses on the new NuGet features:

Xenko was always a big proponent of NuGet: since first version, Xenko was distributed as a NuGet package.

However, due to limitations (hello packages.config and project.json!), we were leveraging NuGet more as a distribution medium than proper NuGet packages: Xenko 3.0 is still a monolithic single package and it would not work out of the box when referenced from Visual Studio without using Xenko Launcher and Game Studio.

Today, Xenko 3.1 brings Xenko as a set of smaller NuGet package, each containing one assembly, with proper dependencies: 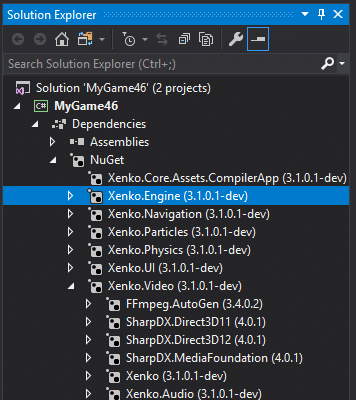 As a result, it is now possible to create a game project that references only the packages you want.