The Defold Engine folks just announced a developer contest with 6 grand prizes of up to 3 team members can win a trip to next years Game Developer Contest, including travel, accommodations and of course GDC passes.  Submission deadline is January 22, 2017 and you can make as many submissions as you want.  Of course you have to develop your game using the Defold game engine.  If you are new to the 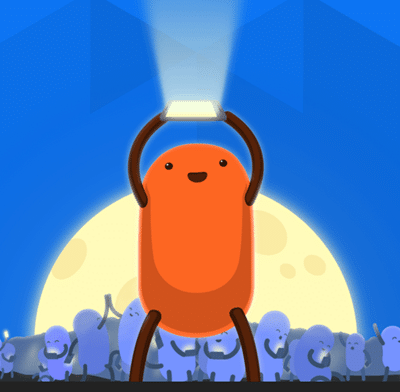 Defold engine, don’t worry, we’ve got you covered!  We have a complete tutorial series available here on that will get you up to speed.

Some key details from the Defold Contest FAQ:

How many teams will win?

Six teams with three people each—meaning we will send eighteen people to GDC in total!

What type of game should I do?

Why not a Monkey Island reboot set in the Grand Theft Auto universe? Or a MechWarrior pastiche based on Sonic the Hedgehog? Or a Tetris with a Zelda style conversation mechanic in 8-bit? What we’re trying to say is, make whatever you want! Defold is a versatile engine suited for all types of 2D games, and we would love to see this reflected in the entries. We are not looking for stuff of a specific type—just awesome stuff.

Does it have to be a full game?

No, definitely not—technically, it doesn’t even have to be a game. What we are looking for is a reasonably polished playable which should be fun and/or interesting for most users for at least two minutes. Or in other words: we prefer seeing something very small that is awesome rather than a full game that is mediocre.

Does the game have to be made in Defold?

Can I submit more than one entry?

Yes, of course! There is no limit to how many entries you can submit.

Will my team get its own booth?

No, you will share it with the other winning teams. It’s gonna be an amazing indie game showcase booth for yourself as well as the other winners of the competition. Kind of similar to what we did at White Nights in Moscow a while back—a concept that turned out to be a great way to really promote the games and the people behind them.

Do I have to be in the booth?

Yes—we’d hate the booth to be empty, so we require 16 hours presence at the booth from your team, distributed as you wish between your team members during the three conference days. Think of it as 16 hours where you get the unique opportunity to showcase yourself and your game to the 27,000 people visiting GDC!

Am I expected to promote Defold?

No, we would rather you talk about yourself and your game. That’s why you’re there; not to promote Defold.

We are only two people in our team—what happens to the remaining ticket?

We’d hate for the tickets to go to waste, so bring a friend (or recruit a third team member) who you think would be interested!

Will I lose the rights to my game if I submit it to the competition?

No, you will continue to own all the rights to your game. However, we do reserve the right to use e.g. screenshots in our marketing regarding Defold.

Do I have to commercially release my Defold game afterwards?

No, definitely not. But as in the question above, we might use the game in our marketing.

You can learn more about the competition here.