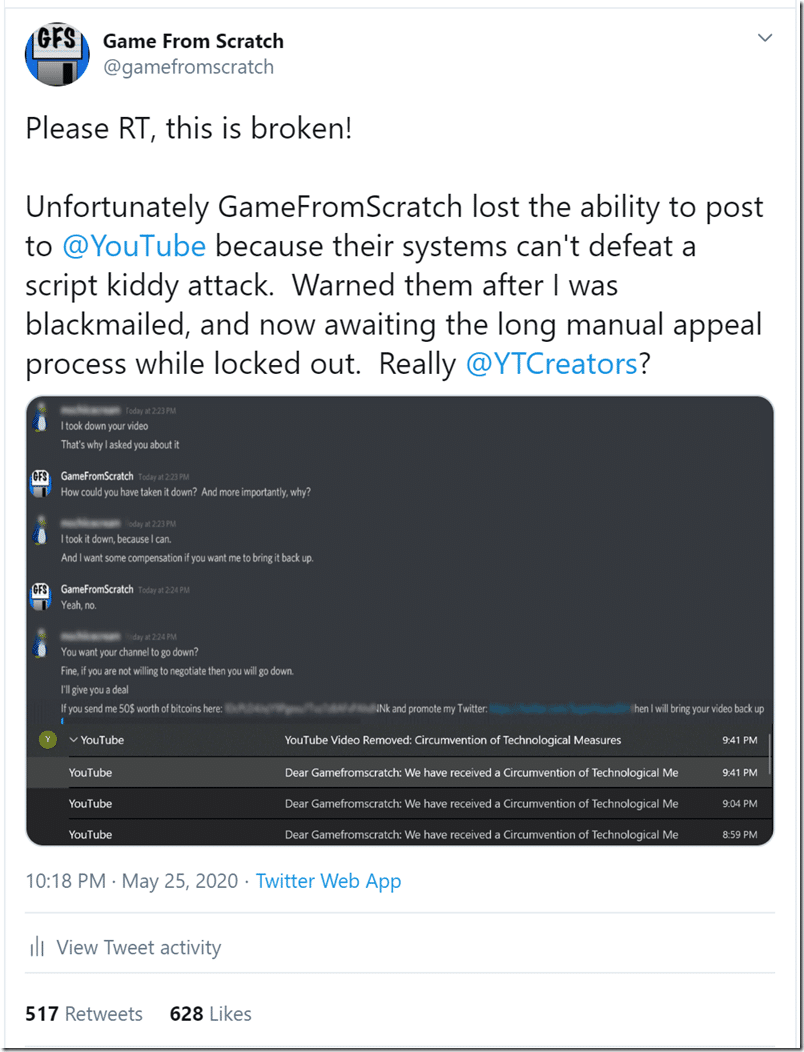 First off, I really want to give a gigantic shout out to all of the people that helped get the message out, the tweets, retweets and even Reddit post.  You are an amazing community and hopefully if we yell loud enough, YouTube will here and fix this!

Basically it started with a message in the GFS Discord server claiming to have taken down my Animate CC video.  This video unfortunately has been taken down and reinstated 4 times in the last two months, this happened after YouTube turned up the bots responsibility due to Covid-19, so I had written it off as bots malfunctioning.  Each time it was taken down, I appealed and it would be restored.  After I didn’t pay the $50 in bitcoin, I started getting Circumvention of Technology notices for 3 of my videos.  That ultimately resulted in a community strike and loss of access to my channel for a week (or until appealed).  Thankfully those  three takedowns were reversed in about 2 hours and channel privileges were restored.

Today I was just waiting for YouTube to restore my 2 year old Animate CC video… then to my shock, it was reviewed and found to be in violation!  Even after multiple previous reviews, as you can see from these email snippets! 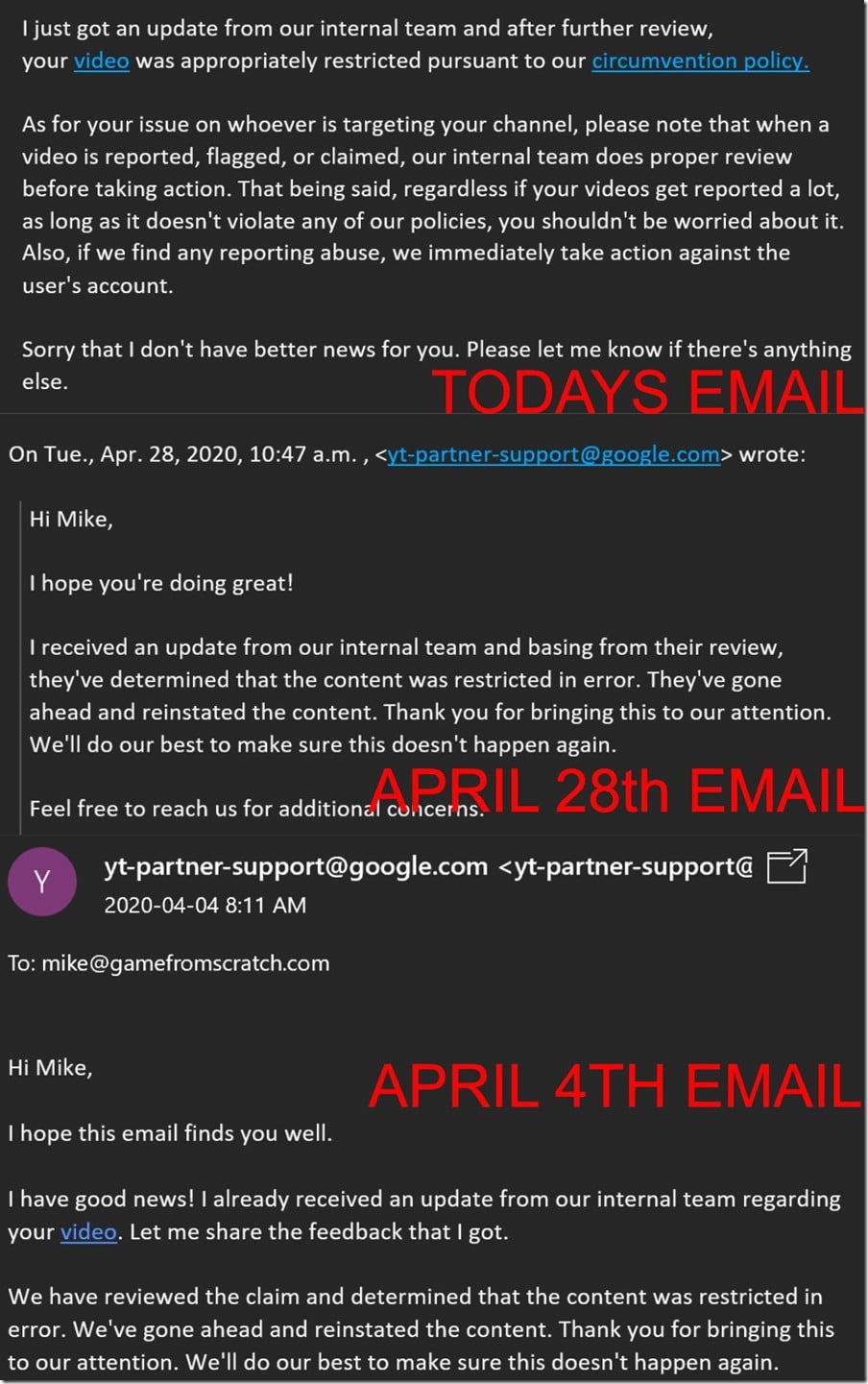 So that is where things stand now.  My channel is back, 3 out of 4 of my videos are returned.  Thing is, anyone that wants can do this exact same attack whenever they want.  It was reported to YouTube and frankly they did nothing.  Any YouTube creator you love can have their channel taken down by spamming Circumvention of Technology claims, and there really isn’t anything you can do about it.  YouTube assumes your guilt and until the review clears you name, your video is down.  As you can see from the above emails, your video doesn’t always come back.

The single biggest piece of advice I can give to any YouTube creator, make sure your content is mirrored on another network!   After my Animate CC video was taken down the second time, I started mirroring to Lbry.tv and I recommend you do to!  Thanks to mirroring to Lbry, my Animate CC video lives on!  So if you want to try to spot the copyright circumvention YouTube reviewers “found”, you can!

Hopefully if we yell loud enough, YouTube will hear and creators will be protected from insanity like this in the future!  You can learn much more in the video below.  Once again, thank you to everyone that helped amplify my voice, it was and is much appreciated!