Back in November, Sony rather shockingly announced the closed beta of a C# based developer kit for PlayStation™Certified devices, which include their Xperia Play and more 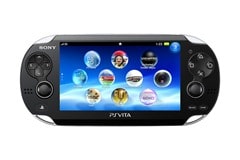 importantly, the Playstation Vita and their as of yet unreleased Playstation tablet.  Then nothing… complete silence.  Rumour suggested a 1000$ price tag, which was reasonable in regards to a console development kit ( and downright cheap if you played Game Dev Story! ), but a rather steep price for your average indie developer.

Tokyo, March 7, 2012 – Sony Computer Entertainment Inc. (SCE) today announced that it will release the open beta version of PlayStation®Suite SDK*1 to content developers in April 2012 and the official version later this year. Through the introduction of these SDKs, SCE will offer a more streamlined content development environment for content developers — from large game development companies to small, independent shops — and further expand the world of PlayStation® to open operating system based portable devices.

SCE will also release the official version of PlayStation®Suite SDK at $99 US annually later this year, allowing content developers to have their content distributed through PlayStation®Store*2 on a commercial basis. Through the official version, content developers will also be able to seamlessly continue to develop content which was created with the open beta or the closed beta versions.

Through PlayStation®Suite, SCE will deploy various measures to support content developers in their business, and expand the PlayStation® entertainment experience on an open operating system.

※1 Software Development Kit is a set of development tools and software libraries. Developers are able to obtain this SDK by signing a license agreement with SCE.

This news isn’t just confined to Sony devices.  Back in February HTC announced that they would be releasing Playstation certified mobile phones.  This may in fact be the movement that finally brings gaming to Android.

Truly a great time to be a small budget developer!