Silo 3D is a nice affordable 3D package I previously featured in the GameFromScratch 3D application list.  My comment at the time was: 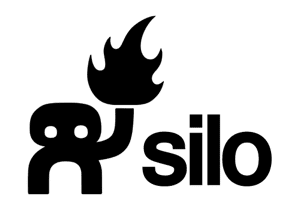 I highly recommend you check out the 30 day download, but caution you that the developer support is incredibly iffy.  When evaluating your purchase, ask yourself if the version you are evaluating is worth the price of admission WITHOUT any further patches or upgrades, as there may be none!

That comment was made over two years ago about version 2.2.  Today I received an email that version 2.3 was released.  By far an away the biggest feature is a port to Linux.  Here is the announcement of 2.3’s features:

Nevercenter brings versatile Silo 3D modeler to Linux, updates codebase with new 2.3 release. Responding to the number one request from users, Nevercenter has brought its well-loved 3D modeling software Silo to Linux for the first time with the software’s new version 2.3 update. The update is free to registered users, and also includes bug fixes and improvements to the internal codebase which benefit the Windows and OS X versions. Silo’s utility as a focused subdivision surfaces modeling solution will be greatly enhanced with support for Linux, the operating system of choice for many professional studios and, increasingly, individuals. “Silo is designed to be lightweight and flexible,” said Nevercenter president Tom Plewe. “We want it to fit as seamlessly as possible into any workflow, and obviously this is a huge step in that direction.” Silo’s internals have also received significant updates including an updated windowing system and bug fixes across all platforms, as well as added support for .stl import. The free update is available now to all existing Silo 2 users. A license for Silo across all three platforms can currently be purchased for the sale price of just $109 via http://www.nevercenter.com/silo , where a trial version and more information can also be found.

From the forum discussion on CGSociety, the following are details of the update:

* Linux support (RHEL/CentOS 6, recent Fedoras, recent Ubuntus have been tested; not all distros will work)

So more a stability release than a feature packed one.  That said, it’s nice to see any signs of life at Silo, so hopefully we will see more in the future.  So is Silo worth checking out?  Two or three years ago I would have said most certainly.  The lack of changes coupled with the improvements we’ve seen in Blender make that a bit trickier.  That said, in a world were Modo is one of the cheapest options, and it’s over a grand!!! yes, low priced alternatives are certainly always welcome.  Of course, there is a 30 day trial available.