It’s hard to believe that GIMP (General Image Manipulation Program) has now been around for 20 years.  To go along with the 20th anniversary, they also released version 2.8.16.  The following from the 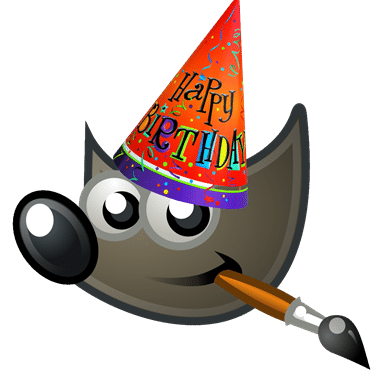 New Releases and The Future

Our immediate future plans are to release first public version in the unstable 2.9.x series that will feature fully functional GEGL port, 16/32bit per channel processing, basic OpenEXR support, vastly improved color management implementation, new tools, on-canvas preview for many filters, and more. This release will encompass over three years of work and become the first milestone towards 2.10.

Following v2.10 release, we shall complete the GTK+3 port that is required to bring back state of the art Wacom support for Windows users. When it’s done and GIMP 3.0 is out, we shall finally be able to get started on some very exciting and much anticipated features like non-destructive editing. Please refer to Roadmap for more details.

Well then, happy birthday GIMP.  Head on over here to download it now.