For my most recent tutorial, I am using a feature that is currently under active development.  This means I have to use a developer preview release and I figured I would share a quick post on how to install preview releases.  Of course the standard disclaimer applies…  you should never use preview releases for production work! 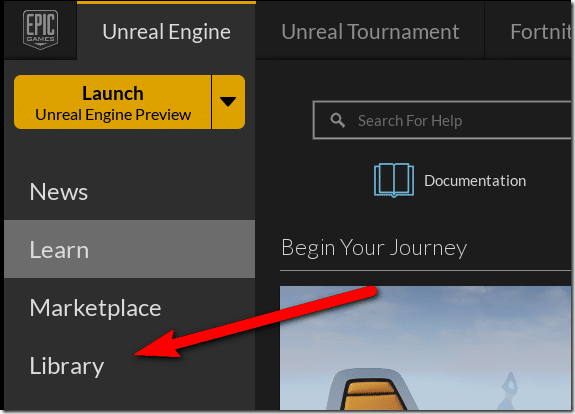 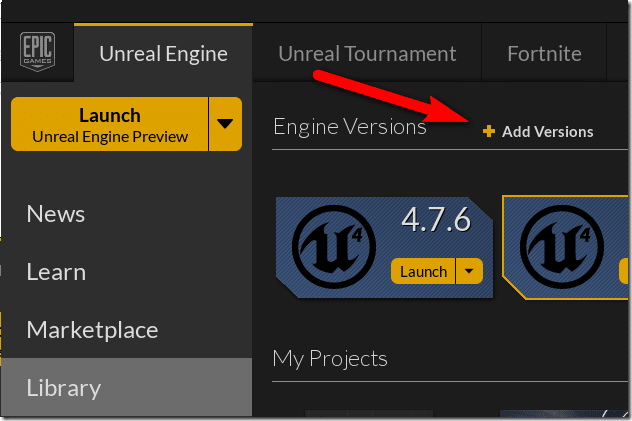 A new empty version will be added:

Click the arrow to the top right and select the version you wish to install.  You will note the preview release isn’t available as an option for me ( nor is 4.7.6 ), as they are already installed on my machine.

The preview release should now download and install.  Now the next time you launch Epic Games Launcher, you will have an option over which game engine to launch: 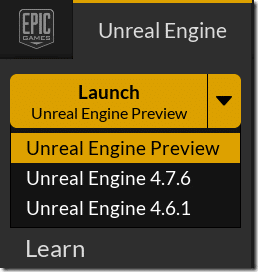 It is safe to install multiple versions side by side, although it will take 5-6GB+ of disk space per install.  However project versions may not be compatible between different engine versions.  When you go to open an existing project, the engine version of each project will be noted, like so: 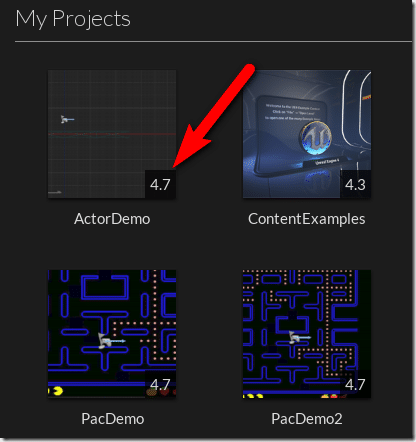