Although they didn’t make an official blog post, nor have any information about it on their home page, there seem to have been some rather massive changes in the license structure for the Loom Game Engine.  I took a look at Loom several months back, it’s an impressive 2D game engine using LoomScript ( an ActionScript/C# hybrid ) with a very Rails like workflow.  Previously it was 40$ a month, that seems to have changed: 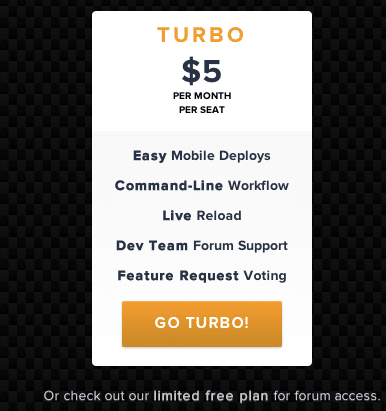 From 40$ to 5$ a month is a rather spectacular change in price.  There is also now a free tier with the following restrictions.

On top of that, they’ve announced they have gone open source on the Apache 2.0 license.

First, we have open sourced the Loom Native SDK! It is available under an Apache 2.0) license. The repository is available athttps://github.com/LoomSDK/LoomSDK. We are very excited to see you guys get directly involved in the development of Loom while we also offer more transparency about what we’re working on. Not to mention that merging updates should be more convenient for you and – should you choose to do so – you also get to show off your involvement in an open-source project on your GitHub profile page!

The source code is available on Github. I’ll admit, I’m a bit confused what exactly you get from the free tier, vs the Turbo tier vs just getting the source code.  TheEngine.co team are currently taking a vacation, so hopefully we will get a bit more clarification when they return.  In the meanwhile they have launched a new website, loomSDK.com.