MakeHuman 1.1 was just released today.  This marks the first release to Make Human in nearly two years and adds major new functionality such as a new pose system and completely new and more game friendly skeleton support.  MakeHuman started life as a Blender plugin but was since spun off into a stand alone application.  It enables people to quickly and easily create fully rigged and textured human models.  Oh and it’s complete free and released under the CC0 Creative Commons open source license, perhaps the most liberal license in existence. 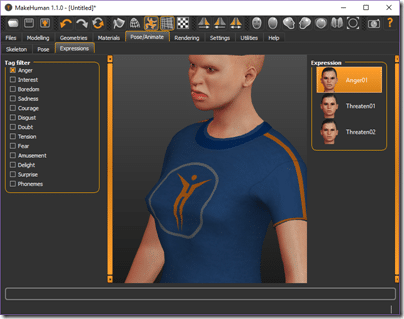 Major components of this release include:

You can read the full release notes here.

You can watch a video of MakeHuman in action below.