Phaser 2.7.4 CE was just released.  Phaser is a HTML5 based 2D game engine.  If you are interested in learning more, we have a complete Phaser with TypeScript tutorial series available here on GameFromScratch.  You may be wondering about the CE tag, this simply refers to community edition.  The primary developer Photon Storm turned over development of Phaser 2.x to the community, while they focused on the next release. 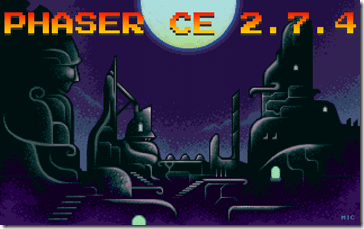 Details from the release announcement:

The new features include: