With the recent release of Godot 3.1 beta, it’s a good time to look at the future.  That is exactly what Juan Linietsky, lead developer on the Godot engine has done.  On Twitter he laid out his current road map for development priorities in Godot 4.0/4.1.

In a pair of tweets, he first discussed general Godot improvements, mostly around the renderer: 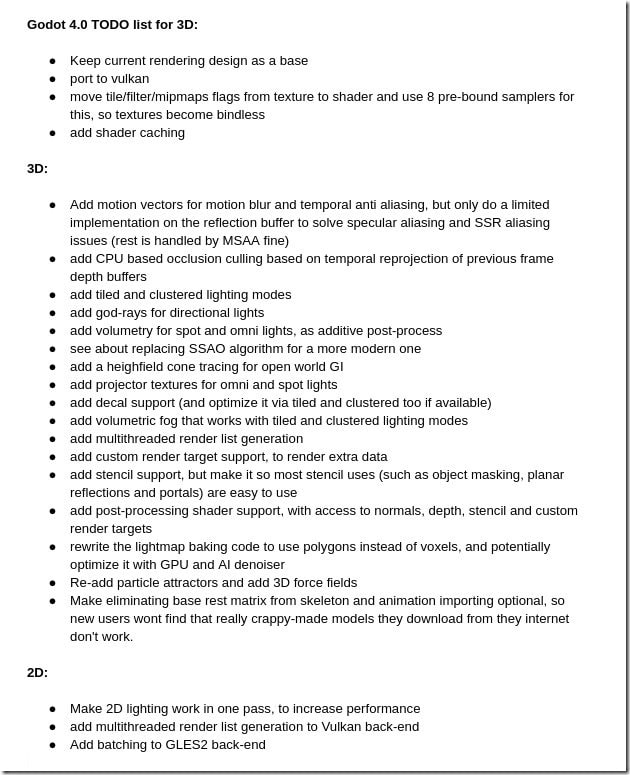 Then in a second tweet, he discussed Physics improvements:

Keep in mind, although Juan is the lead and perhaps most important developer on the Godot team, he is by no means the only one.  This means even though you don’t see a feature on the two above lists doesn’t mean it wont happen, as there is a vibrant community of developers adding new features to Godot.