I’ve been trying to decide what major project to embark on here at Gamefromscratch.com.  All of the current tutorial series are at a stage that I feel they are “good enough” to get anyone started and I will keep adding to them over time.  Once I reach that point I need to decide on what project to work on next.  It’s both a fun and frustrating problem to have!

I’ve been thinking about it long and hard, then recently there were some major announcements I simply couldn’t afford to ingore.  First the folks over at Unreal announced that Unreal Engine would no longer have a monthly subscription.  This is actually something I called for ( with a fair bit of hyperbole… ) when Unreal Engine 4 was released.  Immediately after, and with much thunder stolen, Unity made a very similar announcement.  These lowered barriers of entry vastly increased the appeal of both engines.

I’ve long intended to cover both engines in more detail.  I immediately subscribed to Unreal 4 on it’s release and did a bit of an overview post.  I never got the opportunity to get much deeper, as frankly, there is a pretty steep learning curve attached and I simply didn’t have the time.  Way back when I launched this game I was intending to “create a game from scratch” using Unity.  Somewhere along the way I got distracted and we ended up with a series of LibGDX, Phaser, Blender, HTML, C++, JavaScript and more game development tutorials.  Oops.

So, basically I’ve always intended to cover both for the longest time, but which one should I cover first?

I struggled with this for a long time, going back and forth between the two so many times I got nowhere.  Then I had a thought…

Lot’s of you have got to be asking “What should I use, Unity or Unreal?”.  It’s a fair and difficult question, as I obviously can’t decide myself!  So I am going to learn both and document the process, both in text and video.  So essentially I am going to do a Unity and Unreal tutorial series at the same time, learning both and documenting the process in both video and text form as I go. 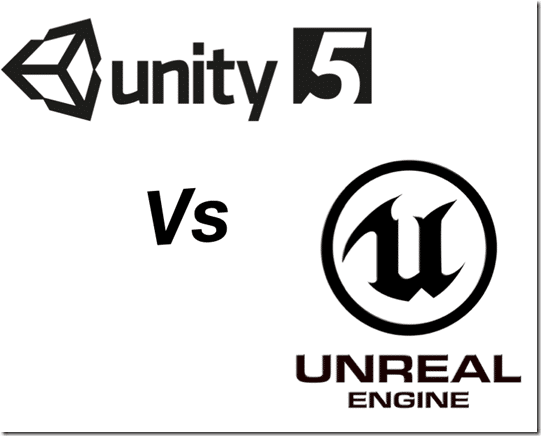 That all said…  this thread title and the above image are both a bit on the sensational side.  I am not actually comparing the two engines, there will never be a “Unity is greater than Unreal” or vice versa conclusion.  Both engines are obviously quite viable, popular and each has it’s own strengths and weakness.  Determining which engine is better than the other engine all comes down to your own preferences and requirements.  At this point arguing which engine is better is about as useful as the endless programming language wars.

Instead I will be going the process of creating a typical 2D game ( at least initially, 2D only ) in each game engine, documenting the process as thoroughly as possible.  So by the time I am done I should have a fairly comprehensive tutorial series covering creating a 2D game in each engine, and you should have a nice side by side comparison of how each engine works, which should aid in your selection process.

I intend to cover subjects such as the following, for each engine, in both video and text tutorial form:

There are a few caveats of course…  first, this might take a very long time.  I’ve a lot of learning to do here, so there might be a bit of lag between posts.  The biggest catch though is I’ll be documenting things I’ve only just learned!  Expect some mistakes, inefficiencies and other hiccups as I go.  Obviously as I go I will try to be as “right” as possible, but I am no subject matter expert here!  I have a small bit of experience with both engines and tons of experience with game programming in general, but I don’t for a second claim to be an expert with either technology!

One other aspect of a game project like this is obviously game assets.  For a programmer, often getting art assets is as much of a time sink as programming!  Therefore I am going to be implementing this project in parallel with another very interesting art tutorial over at 2dgameartforprogrammers to create and release all of the assets to create a game called BotBox.

So, essentially I am going to attempt to create that game using both the Unity and Unreal game engines.  Wish me luck and I hope you enjoy it!

Of course, any and all feedback highly appreciated.  Please have patience with me… this might take a while!