Xenko, previously known as Paradox Engine, just released version 1.8 of their C# powered cross platform 2D/3D game engine.  If you want to learn more about the Xenko game engine, I previously featured it in the Closer Look series, as well as this tutorial series.

Perhaps the biggest new feature of this release is a new UI Editor. 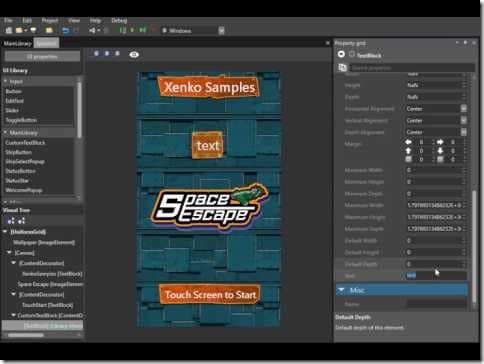 This new editor enables WYSIWYG UI editing directly in the editor and comes with several controls and gives you the ability to edit properties such as color, layout, etc.

The UI editor isn’t the only new feature of this release.  Other features include:

There are also several fixes and changes from the release notes: