Amazon have released version 1.9 of the Lumberyard game engine.  Lumberyard is a fork of Crytek’s CryEngine, used in such titles as Crysis, Ryse, MechWarrior Online and the massive Star Citizen, which has now switched to using Lumberyard.  It’s available for developers free of cost with the only caveat being use of Amazon’s online services.

The 1.9 release brings new functionality including: 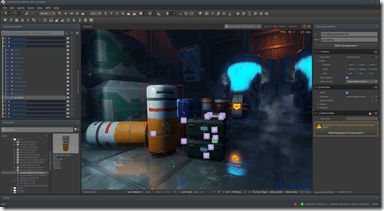 You can read more details in the release notes available here.