So a new year is upon us; happy belated New Year everyone! 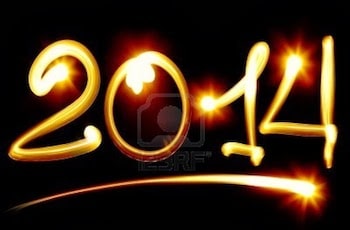 I figure now is as good of a time as any to get off my arse and work on something I have long been delaying… a complete game.  If you go wayyyyyy back in the annals of GameFromScratch.com history, you will find this post.  My original intention with GameFromScratch.com was to document, well… creating a game from scratch!  Somewhere along the way I sort of wandered off course into writing tutorials and books about game programming in general.  Don’t get me wrong, I absolutely loved the adventure and will continue to create future tutorial series ( and probably books ) as I go forward, but I also intend to go ahead and create that game I was talking about!

Funny enough, of the thousands and thousands of game ideas in my head, nearly three years later it’s still the same game that interests me.  I will flesh it out in a bit more detail in later posts.

What does this mean for GameFromScratch.com?

Well, first the negatives…  there probably won’t be any massive tutorial series like the C++, LibGDX, MOAI or Blender ones, at least for the next few months.  Truth of the matter is, each of these series when put into page form are about equivalent to a 200+ page book!  In fact, I am in the process of turning one of those series into a book and these page count is pushing 300 once converted.  Creating these series represents a massive investment of time and that time won’t be available while working on a game title.

That said, I will still continue to do smaller ( say… one to four part ) tutorials on a variety of subjects, it’s just the massive series that I won’t be undertaking.  I will also continue to do in-depth reviews/previews of shiny new gaming technologies like I have in the past.  Of course, I will also be cherry picking the news I think will be of most interest to indie developers.  There are a couple of new site ideas I have as well that hopefully you will find interesting. So, at the end of the day, things won’t be all that different around these here parts.

Now the good change, from this point on you are going to have access to a developer blog that goes MUCH MUCH MUCH deeper than almost any I can think of on the net.  I am ultimately creating a product I intend to sell at the end, so I am not going to be working completely open source ( at least, not before release… may open up source code and assets after the fact ).  I am however going to be as open as I possibly can be.  In fact, I’d like to keep a HTML5 playable version of the game available here as I develop!  ( If HTML doesn’t end up being a complete pain in the ass that is…  big if that! ).  So, what’s keeping people from just ripping off my ideas, code, art style etc… and essentially cloning my game?  Nothing I suppose, except karma.  Should your house be visited by a plague of locusts… totally wasn’t me!

Along the way, I intend to show behind the curtain for just about everything…  share the more interesting code I develop, show the design process, works in progress, etc…  I will also be documenting all the business process behind the game too, the stuff most of us ignore ( and possibly hate! ).  Things like submitting to the app stores, setting up servers, promoting the product through various means ( ewwwwww ) maybe even topics like dealing with DLC or hosting ads.

In many ways, it will be a lot like the site currently is.  The major difference is, the topics I will be focused on in my writing are going to be topics I am actually facing in the real world.  The other big difference is going to be the depth of coverage.  For example, one immediate problem I am going to have to work on is rendering 3D models in realtime for a 2.5D game.  I intend to share the code for how I accomplish this and maybe even a bit of an explanation.  It will not however be a tutorial, so I won’t be going into detail about how I do things… of course, the comments are always available should you have a question.

Hope you enjoy the ride.  Oh, and if there are any shorter tutorial series you are interested in, please let me know!