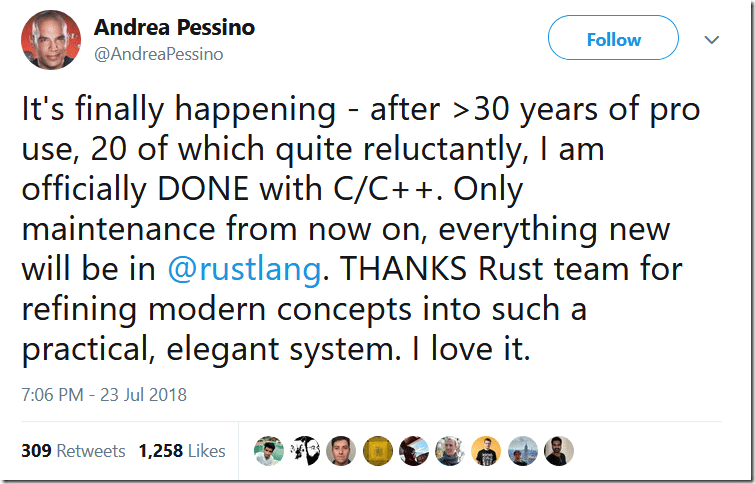 Ready at Dawn is a well established game studio known for games such as The Order: 1886, Daxter and various God of War titles.  This tweet launched a far bit of interest in Rust, so I decided to start doing some research into the Rust echo system, a look at game engines and libraries available then promptly stopped…

Because this site, AreWeGameYet already did an excellent job of exactly what I was setting out to accomplish!  So there… if you are interested in checking out Rust for game development, be sure to start there.  Additionally if you are interested in learning a bit more about the state of Rust game development, as well as a quick tutorial on getting a Rust development environment up and running on Windows using Visual Studio Code using the Piston game engine, be sure to check out this video!